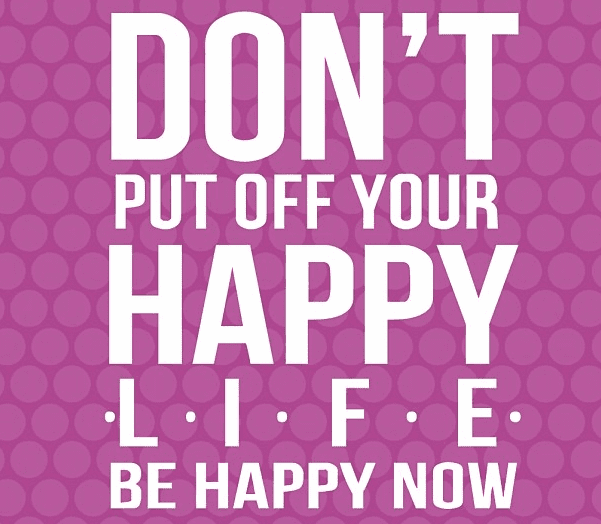 Sorry for the absence last week! But, you know how it goes. When life gets crazy, somethin's gotta give 🙂

Mostly because of that book I've been reading. I told you a little about it last time. It's called, “Breaking Free from Compulsive Eating,” by Geneen Roth. Last time we did Skinny Saturday, I mentioned a question she poses in the book. Basically, it asks, “would you rather have the freedom to eat what you want or the results of not always eating what you want?” The word freedom really threw me for a loop, and I spent a good deal of time thinking about her question before returning to read more.

Had I read more before posting last time, I could have told you that she continues to say that you answer that question on a case by case basis. You don't always have to have the same answer. Sometimes it's okay to say, “I'm feeling sad, and I think that eating this piece of cake is going to make me feel better, and I can accept that I'm choosing emotional eating at this moment.” Anyway. That's just to continue last week's thought.

But really. I have so much more worth discussing from this book! And I know I won't have the time to say everything I'd like to say all in this one post– especially with limited time this morning. But I'd like to at least get started and spend the next few weeks discussing Roth's book. I think she has so much to say that's worth hearing!

I turned to this book, because I felt like my emotions about food and weight and dieting were getting the better of me. Ruling my life, because they were always in my thoughts. I've been on this weight-induced guilt trip for 10+ years, and it's finally starting to feel like too much. Too much of an unnecessary negative feeling prevailing in my life. I constantly think, this is supposed to be the prime of my life. This is when I'm supposed to be at my physical best. What a disappointment.

Considering my overwhelmingly happy and fulfilling life, I can only say that these thoughts are nothing but a waste of time and energy and emotion. And I'm SO over them.

So I started to read my book (“Breaking Free from Compulsive Eating,” Geneen Roth). I'm only 1/4 of the way through it, and I already feel like it's life changing.

Basically, Roth suggests that our emotional conflicts with food arise from “deprivation” dieting lifestyles. Weight Watchers, calorie counting, other fad diets are all considered “depriving” and limiting according to Roth. And I get that. We're telling ourselves I cannot eat that, in one way or another. Even if it's just limiting a portion, there's still a since of deprivation. And as long as we have that deprived/limited mentality, we're susceptible to emotional and compulsive eating.

Her suggestion is that we…. eat what we want, when we're hungry, until we're satisfied. And she defines “satisfied” as including both emotional and physical needs, acknowledging that sometimes our emotions do need food. And that it's okay to feed those emotions as long as we are aware. She says the danger lies in not being aware– when we eat to escape (which is different than feeding an emotion). The compulsive overeating happens when we don't want to confront whatever emotion it is that we're feeling, whether it's a BIG emotion (like depression) or a “little” emotion (like running late to work). We can do this when we eat in front of the TV, when we read while we're eating, when we eat while we're on the go in our car, when we eat standing over the stove, etc.

She's really big into being present while you eat. Savoring whatever it is that you're eating (that you really wanted to eat in the first place), so that you'll know when you're satisfied. And that satisfaction will be a real satisfaction (instead of the “satisfaction” we get from eating 5 diet cookies, when we really wanted a real cookie) that will be longer lasting.

Anyway. You'll have to read to really get the full idea, but I see where her logic is going and how it makes a lot of sense. And she does confront the obvious problem with this logic– if I eat whatever I want, whenever I want, I'll for sure gain 100 pounds and be worse off. There's no way I can control myself.

This is where I have trouble.

She does address this. And, again, her logic really does make sense. More or less, she says there's a learning curve. That you have to re-train your body and mind to trust yourself. That once you trust your body, read and respond to its signals correctly, the weight loss (if needed) will come. But you have to break through that mental barrier first. For people who have been living a deprivation/limiting lifestyle, it's hard to trust yourself, because you've always relied on a number or meal plan to tell you when to stop. So you haven't bothered listening to your body. You've stifled your body's voice, because it can't be trusted and you're a cupcake eating maniac.

I get it. BUT. But, but, but…. that's me. I'm pretty sure I'm a cupcake eating maniac who can't be trusted to read her own body signals.

I really wanted to get this, to do what she says right off the bat. So… I stopped dieting cold turkey. Stopped counting calories, points, everything. And I refused to feel guilty about anything I ate (for the past two weeks). And, true, I did stop binging. For two weeks, I didn't have any bedtime snack crazy parties where I thought, the diet starts again tomorrow. And that was a good feeling. And, for the first week, I really didn't even overeat. I only ate when I was hungry, until I was satisfied. The next week… it started to crumble. It was harder to fight feelings of discouragement, which made me want to eat junk food– but in the bad way. The I-don't-feel-like-checking-in-with-my-emotions-right-now kind of way. And I gained more. And more. And then my stomach pains came back. Remember those? Not good.

So then I thought I should go back to counting calories.

Then I thought I should keep giving Geneen's way a go.

Then I changed my mind again.

And then I had several conversations with a good friend who is familiar with Geneen's literature. And she suggested a compromise. Continue with the weight loss methods that are comfortable to me (calories, points, etc…), but try to implement many (but not all) of the ideas found in Roth's book at the same time– the mental parts. Relaxing a bit. Not freaking out if I mess up. Accepting the times that I want to eat to feed an emotion. Not denying myself a real treat when I really, truly want one. Not eating until I'm full past comfort just because I have the extra calories for the day. But not throwing the limitations out the window either.

So… maybe it's finding a balance between limitation and deprivation. That sounds about right I think.

Anyway. That's where I am. Day one.

Tracking what I eat, but trying not to obsess.

Also. On a side note, this book has also motivated me to make a few of new goals:

2. I don't want to have “diet” and “weight loss” centered conversations around my daughter. I want to discuss healthy choices in front of her. But the emotional-weight thing ends with me. I want her to think about health. Not weight loss.

3. I want to “look up” more. When I feel myself starting to fixate on weight and food, I want to look up and look at something else. The trees, the sky, my daughter, her painting, my husband, our home. I'd rather look at and think about any of the beautiful and wonderful things in my life, rather than the squeeze in my jeans.

Want to make a goal with me? How could you focus more on health and happy instead of weight?