I didn't do a very good job at taking pictures this week. I managed to snag a couple of shots the other night at bath time, so at least there's that. But, as per the usual, the week was a bit of a blur. And I remember considering grabbing the camera a couple of times, but then it just seemed like waaaaaaaaay too much effort. 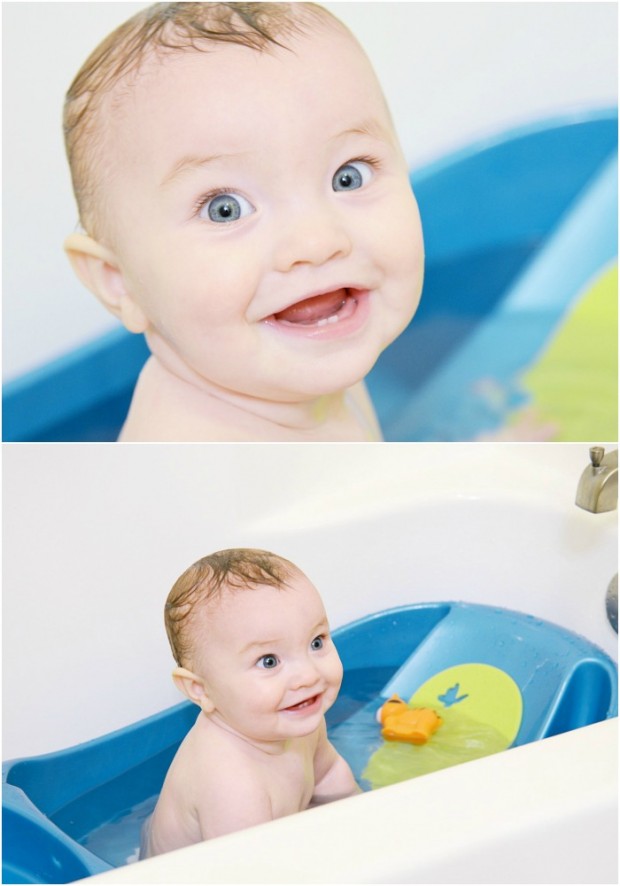 This kid can be having the worst day ever, but he's a whole new man once you get his butt in the tub! The smiles turn on and he just plays and plays and plays. Now that he can sit up like a champ, bath time is the highlight of his day 🙂 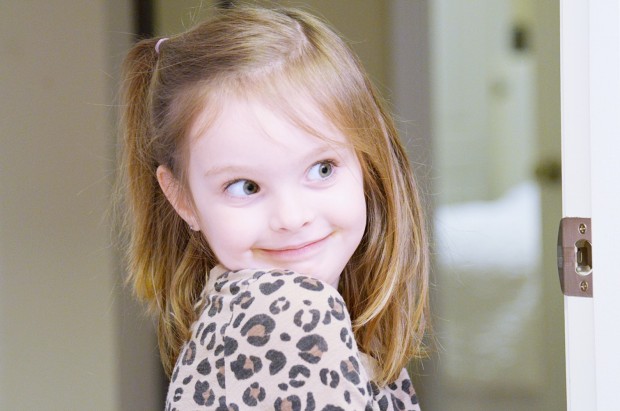 And not to be outdone by her brother, Emma struck a pose in the doorway for me. …or for her. I find her looking at herself in the mirror like this more often than I care to admit.

Speaking of Emma the Loud… we've been having the funniest argument with her all week. She loves Shut Up and Dance from Walk the Moon. And despite the risk that she might actually start using the phrase “shut up” all the time, we have a lot of fun listening and dancing to it together.

Anyway. I noticed that she was singing “SHUT UP AND DESTINYYYYYYYY!” So I corrected her and informed her that the lyrics are actually, “…and dance with me.” She adamantly insisted that I was wrong.

So I enlisted Chris, my sister, my brother, the music video, and every other person we talked to that day to take my side and try to persuade her that the song actually goes, “dance with me” …not destiny. She wasn't swayed.

Finally, I had a brilliant idea. We asked Siri.

Siri confirmed what I had been saying all along, and Emma simply said, “huh. I guess it really is dance with me.” 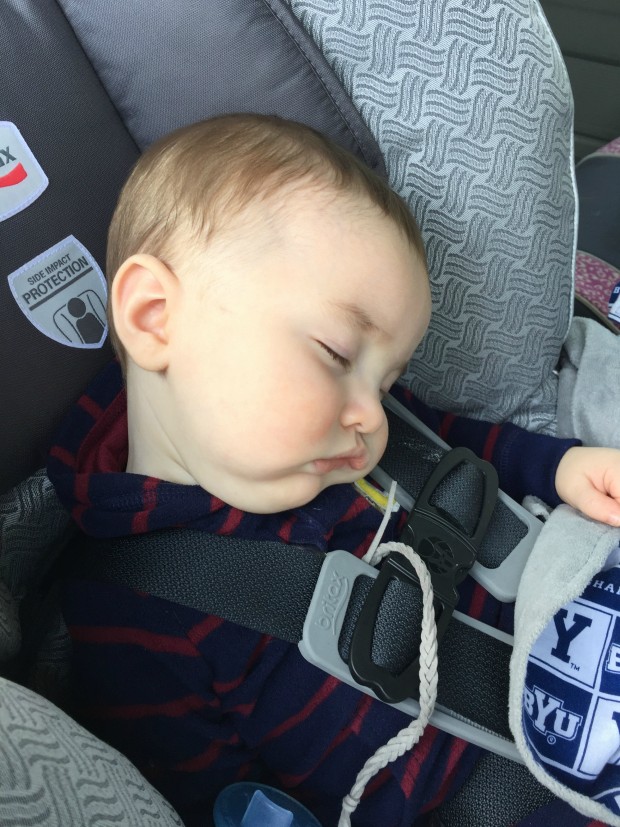 There was a whole lotta this. I feel like I've been in the car a ton this week, and poor baby didn't get much time in his crib. 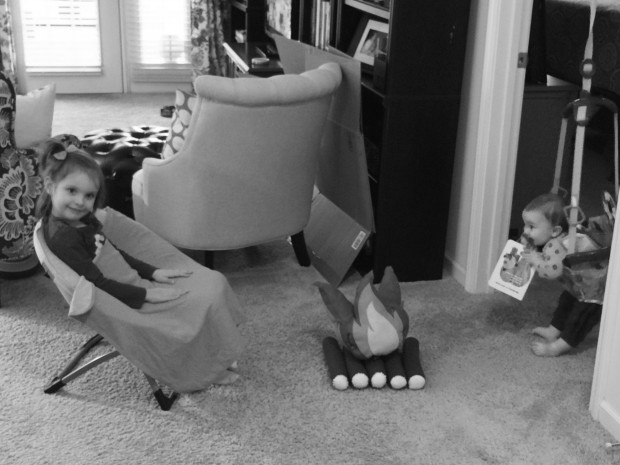 Grainiest phone photo ever, but whatevs. This was such a cute moment! A little felt campfire action in the living room before dinner. CJ thought he was quite the big kid hanging out with Emma here.

Felt campfire credit to my mom– she's a whiz at the sewing machine. She'll say she isn't, but don't believe a word she says.

Lastly, there's this sweet pic. He still isn't crawling. But he's kind of throwing his body across the floor, sort of haphazardly making his way where he wants to go. He managed to halfway drape himself over my leg while I was working.

At first, I thought it was just super sweet and that he wanted to snuggle. But I quickly found out his ulterior motives as he quietly inched his fingers ever so sneakily onto my laptop. 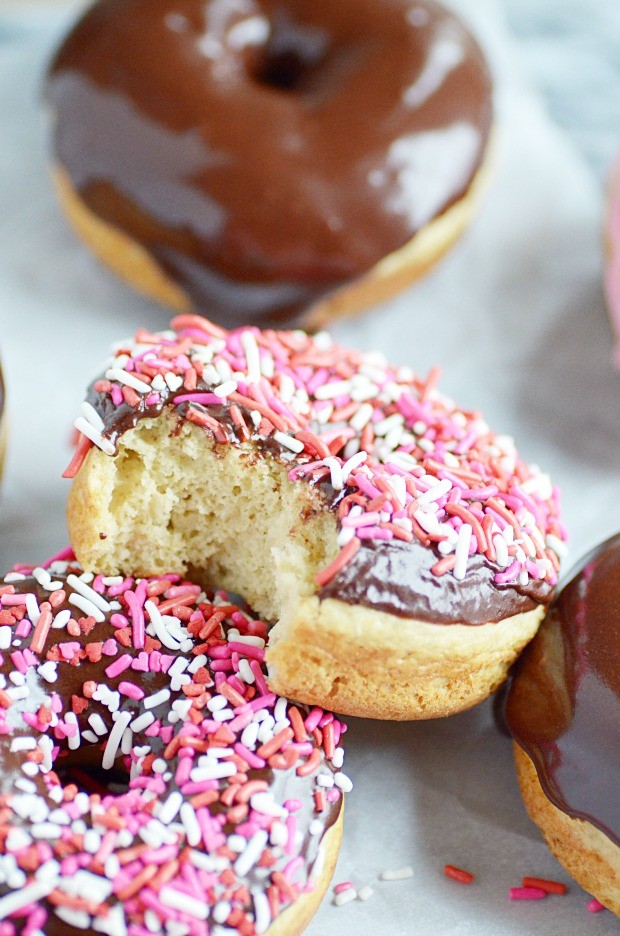 THESE. omg. They are so yummy. But the post isn't ready yet, so you'll have to wait until next week for more photos and the recipe. But be on the lookout– I love them!!

I can't get enough of this Alex Boye cover of Shake it Off. It's seriously so fun.

That's all from me! Happy Thursday. Enjoy Super Bowl weekend y'all!