Hey there! It's been a few weeks since I've done one of these posts, mostly I think because I rearranged my posting schedule recently. And I just haven't quite figured out where to fit these in yet– but Saturday morning seems appropriate enough ????.

Where to begin?? We've had a fun couple of weeks with Spring Break and Easter and all.

I guess let's start with my cute kids in their Easter getup. We were totally late for church, because I made everyone take pictures before we left (no one looks the same AFTER 3 hours of church), but it was probably totally worth it for this one shot… I'm in love with it. 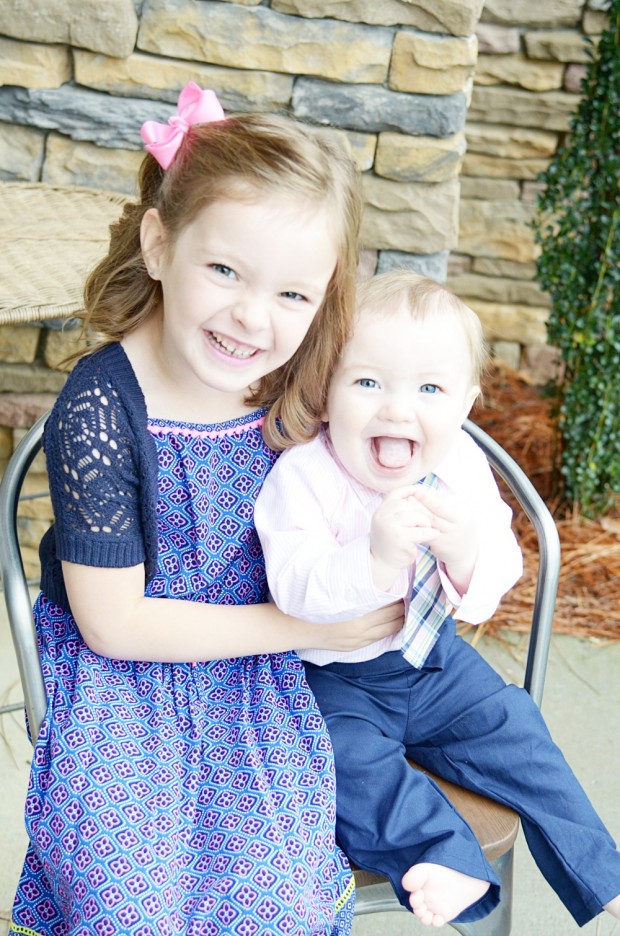 And of course, we did the Easter Egg Hunt thing. Emma was born before any of my siblings were married and having kids, and we don't have any first cousins that live near by. But some of my cousins were having kids around the same time and live in the area now, so Emma calls them cousins and has a blast when we get together with them at family functions. It reminds me of all the good times I had with my cousins when I was a kid. We used to LOVE the egg hunt! 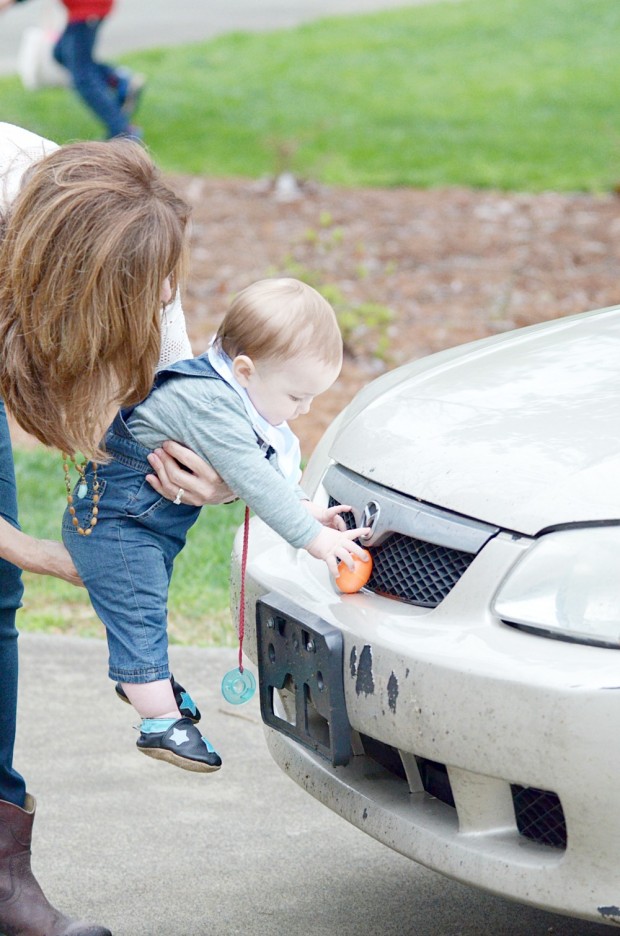 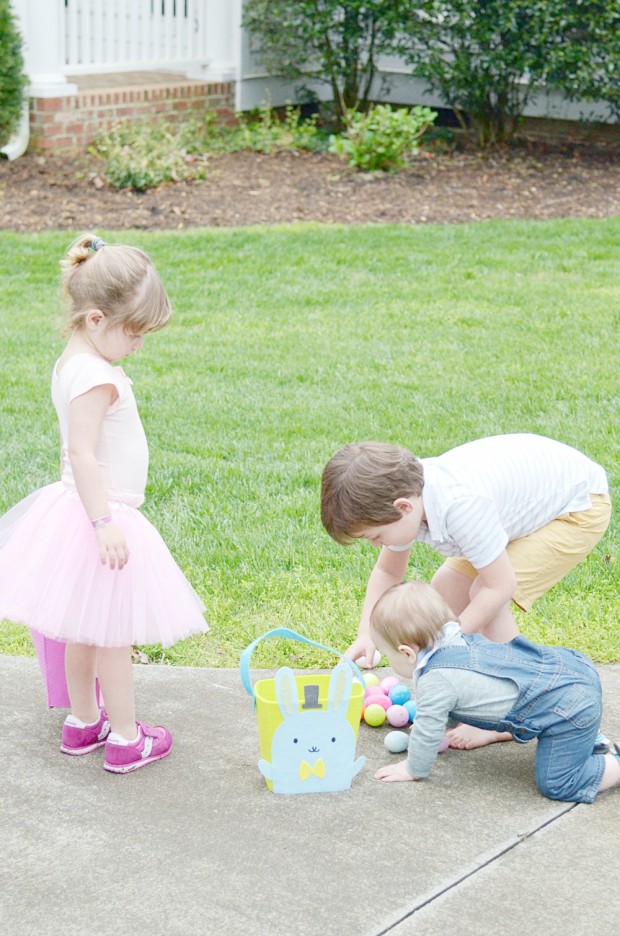 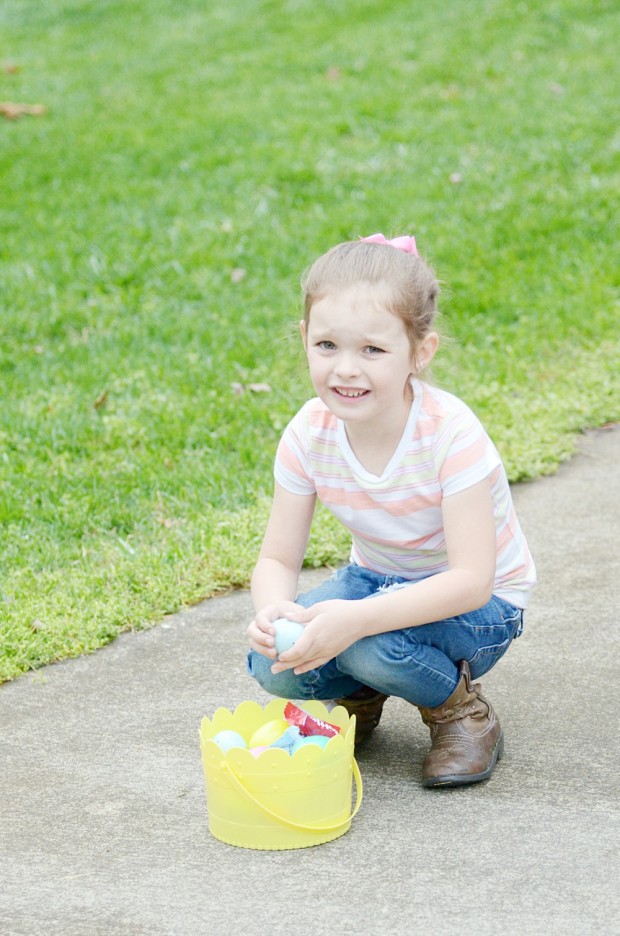 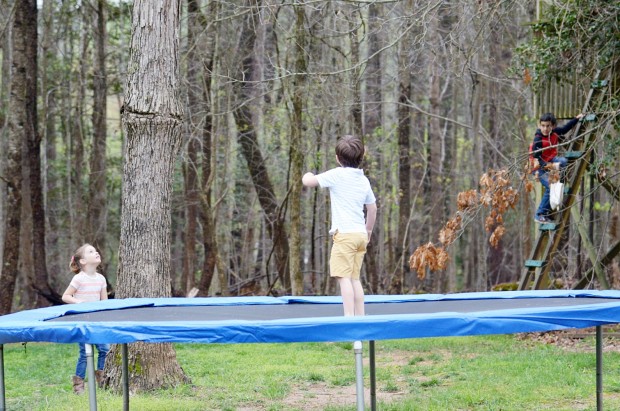 While my Grandma was in town for Easter, I asked her if I could take some photos with her in the kitchen baking one of her famous cakes. I don't think she loves being in front of the camera, but she was sweet enough to let me do it anyway ????.

Being in the kitchen with my Grandma is one of my favorite childhood/teenage/adult memories, and it's always a special time to me. Sometimes I help out, but more often than not, I sit at a nearby countertop eating monster cookies and watching her bake. It's the best. 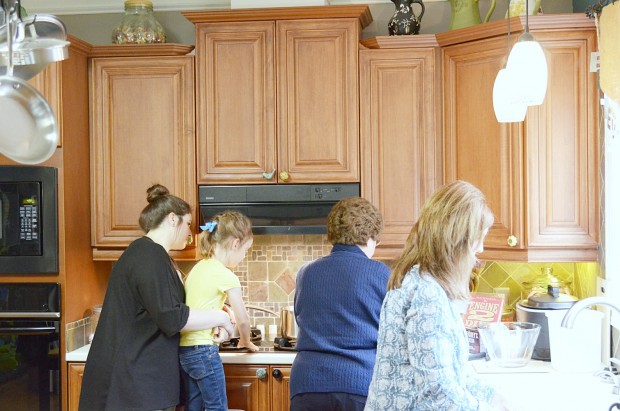 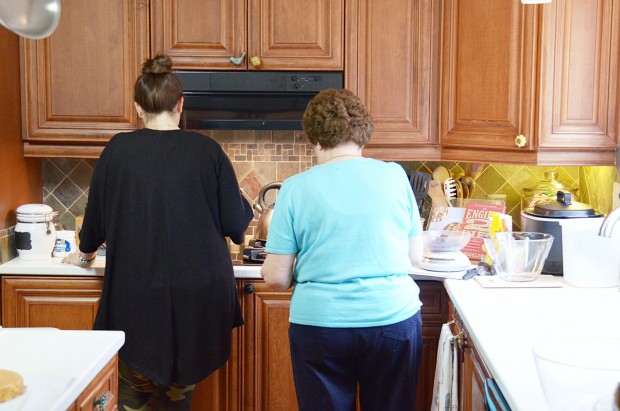 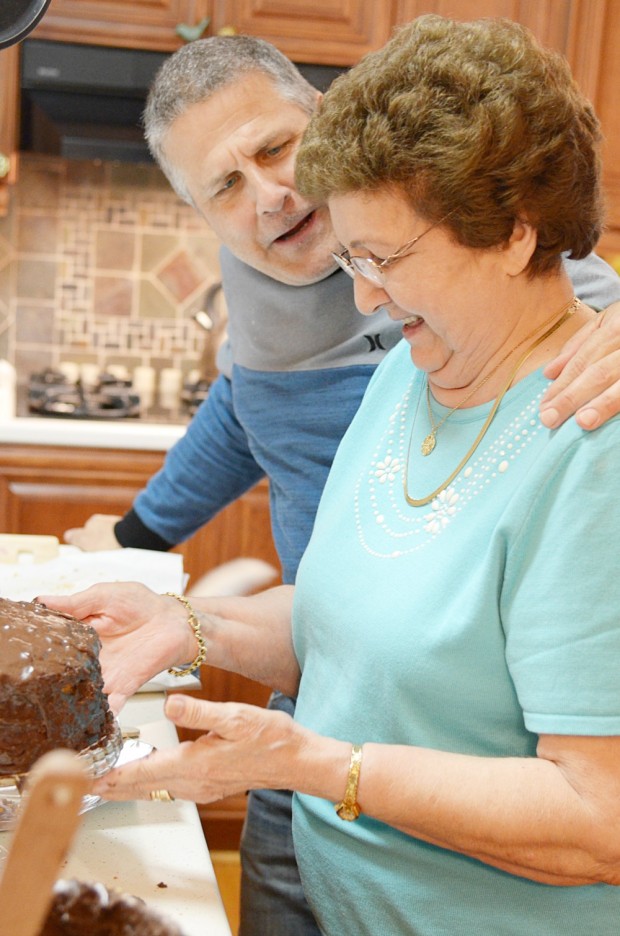 I didn't take many pictures during Spring Break, but we had some fun! Sadly we had to cut our stay-cation a little short when all of us were knocked down with sinus infections, but it was great while the fun lasted. One of our favorites days was the one we spent at the beach. It was a little chilly and windy, but we still played in the sand, dipped our feet in the freezing water, and at ice cream: 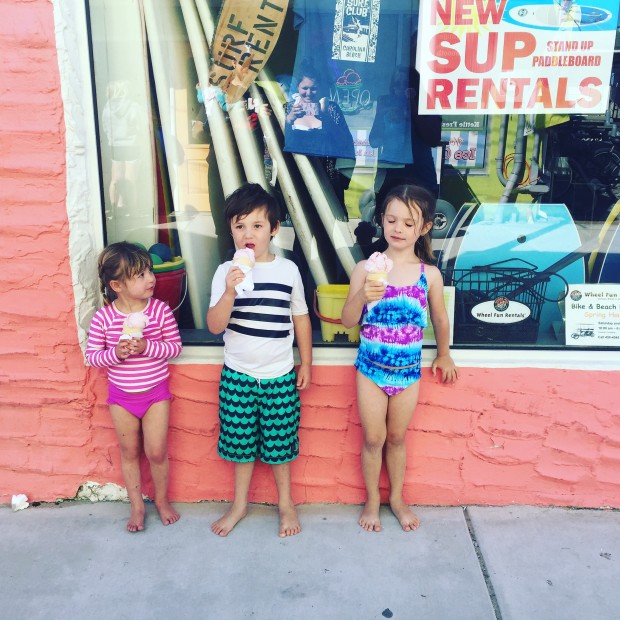 The rest of our spring break was spent in waiting rooms at the doctor's: 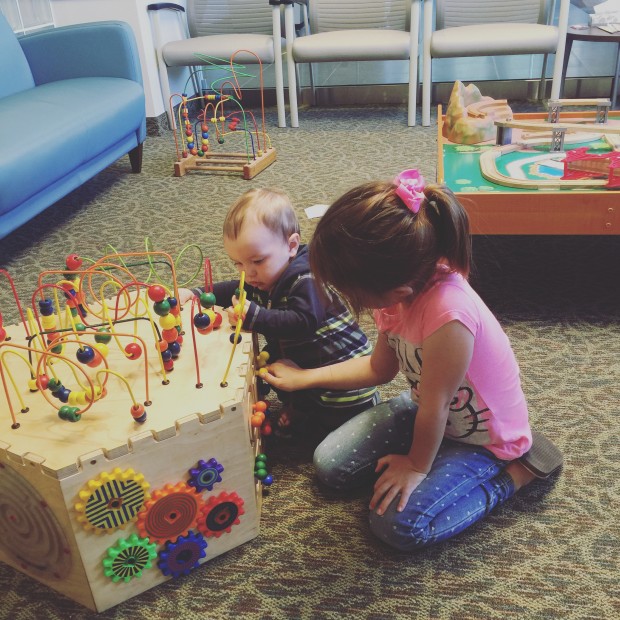 Next up: April Fool's Day. I actually hate April Fool's Day. One of my biggest personal failings is that I've never been great at laughing at myself. And, historically, when someone pulls a prank on me… I usually get upset. It's kind of embarrassing, but true. I'm a big baby when it comes to this stuff.

I didn't plan anything ahead of time, but at the last minute I kind of thought Emma might get a kick out of a little April Fool's Day joke. So I shrunk her pancakes and eggs: 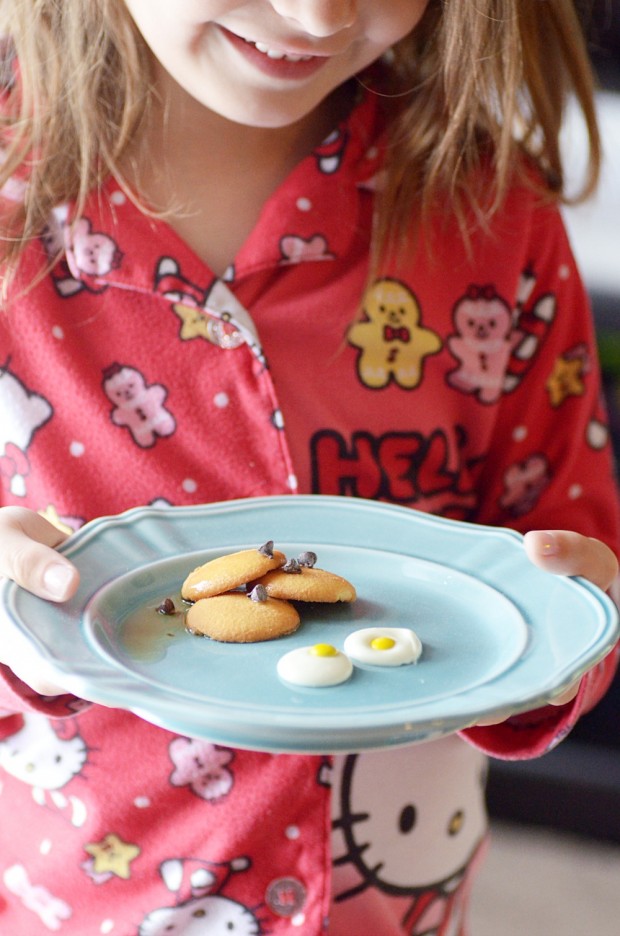 CJ discovered that he loves blueberries. And I discovered that he pretty much loves anything if he thinks he's sneaking it off my photoshoot! I was taking photos of this Blueberry Bread, and he started shoving handfuls and handfuls of blueberries in his mouth. I was afraid he would choke, but he just wolfed them right down!

I was excited that he liked such a healthy food (considering it's a battle to get Emma to eat ANYTHING healthy), so I started giving him some at mealtimes. But apparently he only likes blueberries when he thinks he's not supposed to have them, because the blueberries at give him at breakfast all ended up smushed into his PJs and high chair. ???? 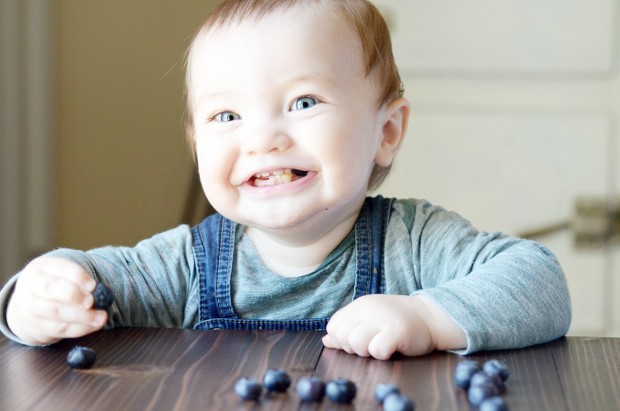 Emma recently started her own incentive program for getting good behavior marks at school ????. Considering this has been a MAJOR challenge for us this year, we've been thrilled and more than happy to accommodate the weekly rewards she sets for herself if she achieves her goal of 5 consecutive days of “happy faces.”

The rewards have ranged from going to see Zootopia to eating breakfast in bed. 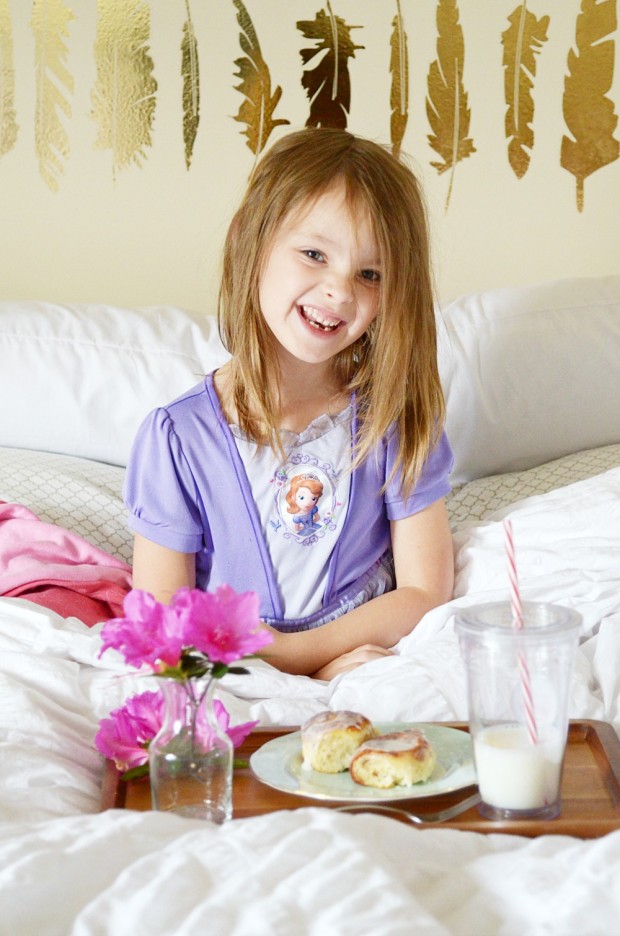 I don't have anything for the “What I'm Loving” section this week (as CJ is clinging to my side in tears because I won't let him type on the computer), so I'm going to cut this post “short” right here.